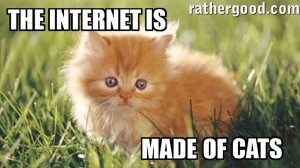 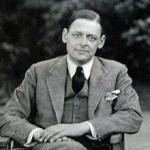 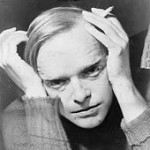 We writers are a strange lot. Or at least we like to think so though there cannot be anything much more weird than the things some other folks get up to. Like having yourself buried in a coffin for 150 days, knitting covers for trees and phone boxes or creating a museum of burnt food. Compared to all that Truman Capote’s habit of only writing when he was lying down or T.S. Eliot’s  need to wear green powder and lipstick may not seem so odd.

A strange use for a fridge

Be that as it may, we all have our own writing rituals. Nabokov loved index cards – but he was very specific as to the type. They had to be lined 3 x 5 inch cards, which he paper clipped together and stored in slim boxes. He used medium pencils, the sort with erasers at the end. Thomas Wolfe wrote Look Homeward Angel leaning on a fridge. As he finished each page he would toss it in a box and the whole lot would be brought to his editor, Maxwell Perkins, to sort out.

What would Maxwell have to say?

I don’t use index cards. Nor do I lean on a fridge to write. As to throwing everything in a box for an editor to sort out – these days many publishing houses don’t even have in-house editors. If they do exist said editors now have to take on so many other roles they don’t have the luxury of nurturing an author as before. The days of Maxwell Perkins and Charles Monteith are long gone.

So what are my particular rituals? I begin with notebooks where I try out ideas and then work out the plot details. The notebooks have to be Ryman’s Europa spiral bound, ruled A4 Notemakers. The covers come in cheerful colours – deep pink, egg yolk yellow, soft green and also in darker bright shades of blue, green, purple and red.

Write on the left side of the paper only

I write only on the left page initially, leaving the right hand page for jotting down new thoughts or ideas that come to me while I’m working things out. That way I don’t lose anything, though I have to say that the pages end up with lines and arrows crisscrossing from one side to the other, like a web created by a demented spider. When I have a fairly solid idea of the plot, I start to write.

Screen or paper or both?

But then the story takes over and often leads me in a totally different direction to the one I envisaged. However, the outline in the notebooks gives me a framework I can go back to. Like many writers these days I write directly onto the screen – it makes it so easy to move lines and paragraphs around. I also find it helpful to copy and paste a paragraph that I want to work on. That way I have two versions on the page in front of me; if I screw up I still have the original. (If a passage is particularly tricky I will print it out and edit it in pencil. I find I have more control with a pencil – and you can rub it out. And, somehow, the physical connection of my hand with the paper via the pencil seems to create some sort of alchemy.)

Just as I have more than one paragraph on the page I also have more than one document in the folder. If I’m about to do something drastic I save the document with a new name and work on that, keeping the earlier version – or versions as there are often several. That way I can always go back to it if I need to. It works in theory. In practice I end up with a whole load of similar documents carefully labelled, but still confusing when you come back to them months or even years later. In general I don’t need to but I still find them essential – like a sort of security blanket. 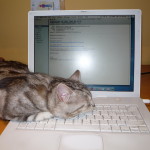 What are your processes and rituals? Please do share them. Do you have a special pen, prefer a particular coloured paper or have strange writing habits – like only being able to write with a cat or dog in the room? (Not so strange in my book. Animals are total timewasters but immensely comforting to have around. Even if they do insist on lying on the keyboard or batting your pencil behind the radiator.)